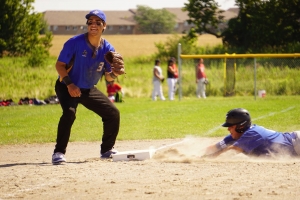 The Indigenous Sport, Physical Activity and Recreation Council (I∙SPARC) is pleased to present these provincial athlete identification camps in partnership with the Cowichan Valley Métis Association, Westbank First Nation and Tzeachten First Nation, Softball BC and with the support of the Province of BC.

This events are being being held on

These are Team BC identification events for the Halifax 2020 North American Indigenous Games (NAIG),taking place July 12-19, 2020 in Halifax, Nova Scotia. Please note that final team selections will not be made until completion of a spring 2020 training camp and review by our Team BC Coaching staff.