Drawing inspiration from the BC Aboriginal Youth Sport and Recreation Declaration, which was established during the 2008 Gathering Our Voices youth conference, the group undertook the task of developing a new and unified approach to community development and preventative health. This work resulted in the creation of a comprehensive, long-term plan called the Aboriginal Sport, Recreation and Physical Activity Strategy (ASRPA Strategy). The Strategy was developed around 5 pillars that were endorsed by Indigenous Leaders from across BC during the 2008 Leaders Gathering held a day prior to the Opening Ceremonies of the Cowichan 2008 North American Indigenous Games.

In the summer of 2009, the three founding organizations, the First Nations Health Council (FNHC), the BC Association of Aboriginal Friendship Centres (BCAAFC) and the Métis Nation BC (MNBC), signed a historic agreement to form the Indigenous Sport, Physical Activity & Recreation Council, pledging to work together and develop a multi-year implementation process.

Together we are the stewards of the Aboriginal Sport, Recreation and Physical Activity Strategy, a comprehensive long-term plan designed to support a healthier future for our province’s Indigenous communities, families and individuals. 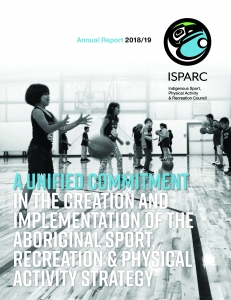