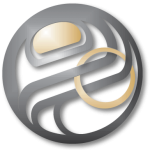 Victoria, BC (June 18, 2020) – The Indigenous Sport, Physical Activity and Recreation Council (I·SPARC), in partnership with the Province of British Columbia, is pleased to announce the selection of 10 outstanding Indigenous athletes for the 2019 Premier’s Awards for Indigenous Youth Excellence in Sport. The provincial ceremony was scheduled to take place in March during the Gathering Our Voices Indigenous Youth Leadership Training in Kamloops, however, plans were abruptly put on hold due to the impacts of the global COVID-19 pandemic.

I·SPARC, in collaboration with the Province of British Columbia, created these awards to highlight the incredible achievements of Indigenous youth athletes throughout the province by honouring their excellence in performance sport, commitment to their education, the positive role they play in their communities, and ways in which they demonstrate leadership both on and off the field.

From the 36 regional recipients selected last fall, a total of 10 athletes have been selected to receive the provincial award, representing the diversity across I·SPARC’s six regions.

“Sport can play a powerful role in helping us lead healthy lives, and that’s particularly true for children and youth,” said Premier John Horgan. “These awards are an opportunity to recognize and celebrate these exceptional athletes’ accomplishments in sport, school, and community.”

“Congratulations to each of the young recipients,” said Lisa Beare, Minister of Tourism, Arts and Culture. “Every one of these individuals is a champion in their sport and serves as a role model for their peers.”

“These unique awards program gives us an opportunity to honour the achievements of ten extraordinary Indigenous athletes,” said Rick Brant, I·SPARC’s Executive Director. “The Premier’s Awards celebrate the outstanding athletic performances and share the stories of how these youth have given back to their communities, their commitment to education, and demonstrated leadership that inspires us all.”

In order to increase the profile and awareness of Indigenous athletes from BC, I·SPARC partnered with the BC Sports Hall of Fame to create a permanent display for the Premier’s Awards provincial recipients. I·SPARC will present the provincial recipients’ awards during the regional awards ceremony later this fall.

About the Indigenous Sport, Physical Activity & Recreation Council
I·SPARC is a consortium of the BC Association of Aboriginal Friendship Centres, the First Nations Health Authority, and Métis Nation BC. As the stewards of the Indigenous Sport, Physical Activity and Recreation Strategy for BC, I·SPARC works with First Nations, Métis Chartered Communities, Friendship Centres, schools and other sport and physical activity stakeholders to deliver community-based programs designed to promote active lifestyles and support the desire for transformative change in the health and well-being of Indigenous communities, families and individuals across B.C. For more information, please visit: www.isparc.ca.