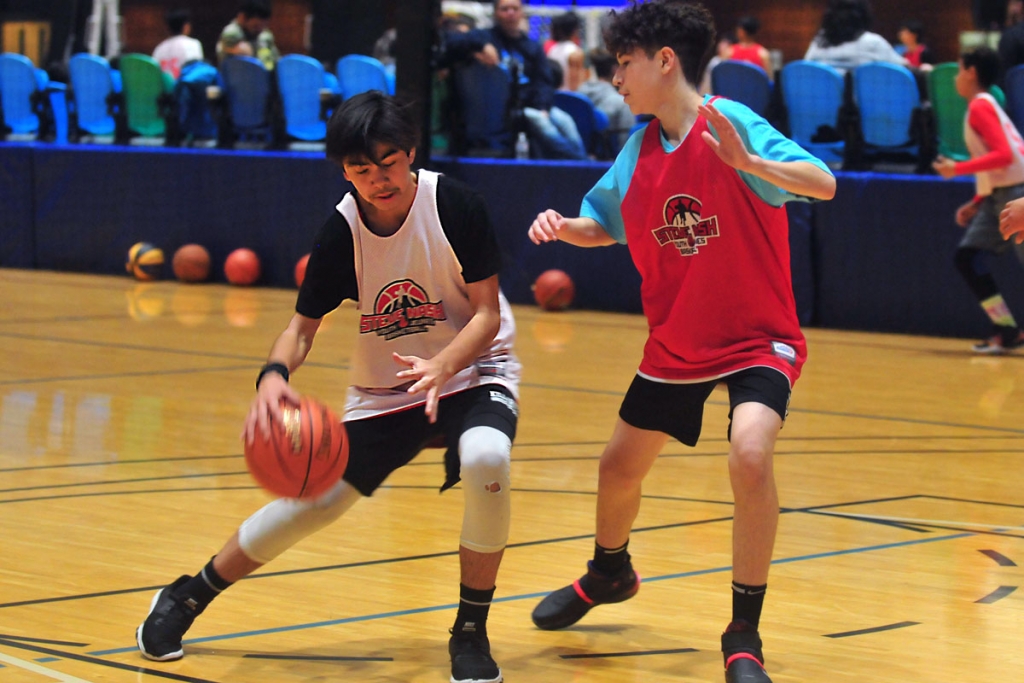 When it comes to basketball height matters and fortunately for the Team BC 14U male team, that will compete at the Halifax 2020 North American Indigenous Games, they have it.

“I have three traditional point guards and many players six feet or taller and all are pretty good ball handlers, which is impressive,” said head coach Kenneth Monture, who will lead the team at NAIG from July 12-19. “All the players are solid skill-wise and overall we are quite tall for our age group.”

While height might get players the first look from coaches, ultimately it comes down to skill when facing some of the top athletes from Canada and the U.S. 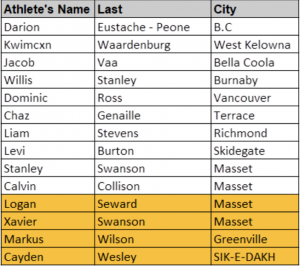 “Size plays such an important role at this age and at the calibre we will be playing at when we go to NAIG. The way the game is played now you need to formulate styles but having the basics in your toolkit of shooting, passing, ball-handling and good basketball IQ fits in well to any system you come up with,” said Monture.

Basketball has been one of Team BC’s strongest sports at the last two NAIG’s. Team BC had 10 different basketball teams (spread across different age groups) that represented the province at the 2014 and 2017 Games. They combined for a total of nine medals. The multi-sport event involves Indigenous athletes (aged approximately 13 to 19 years old) from Canada and the U.S. and has been staged intermittently since 1990.

The 14U male coaching staff are looking forward to seeing how the team comes together for the 2020 NAIG. Already they have a big presence with what Monture calls one of the best point guards for his age in the province in Liam Stevens (Richmond). He helped his team win the 2019 Junior All-Native Basketball Tournament. They are also expecting big things from Willis Stanley (Burnaby), Calvin Collison (Masset) and Levi Burton (Skidegate). Monture said Kwimcxn Waardenburg (West Kelowna) has also stood out because of his foundational skills and understanding of the game.

Coach Monture brings NAIG experience, having competed in Cowichan 2008 on the 14U basketball team. While they defeated the eventually gold medal winner (Arizona) in pool play, it was a point differential that cut their run to the podium short.

“It was a cool experience and it was the first time I played in an international competition. I later played in the U.S. for a summer and it really prepared me for what to expect when you are playing the best athletes from their province or state,” Monture said of the Games which are held every three years.

His experience at NAIG played a role in shaping his coaching career. After playing two years at the college level, Monture jumped into his passion of working with youth on the court.

“It started with basketball camps and seeing kids grow over the years at tournaments,” said Monture. “I get to work with some really talented players and have an impact on their growth and lives – even if you are only with them only for a short period of time like the run up to the Games.”

He is looking forward to getting to experience another NAIG, which promotes and encourages the cultural, spiritual and traditional values of the peoples it is representing.

Monture said the 14U squad is aiming to try and get into one tournament to develop their chemistry before heading to NAIG.