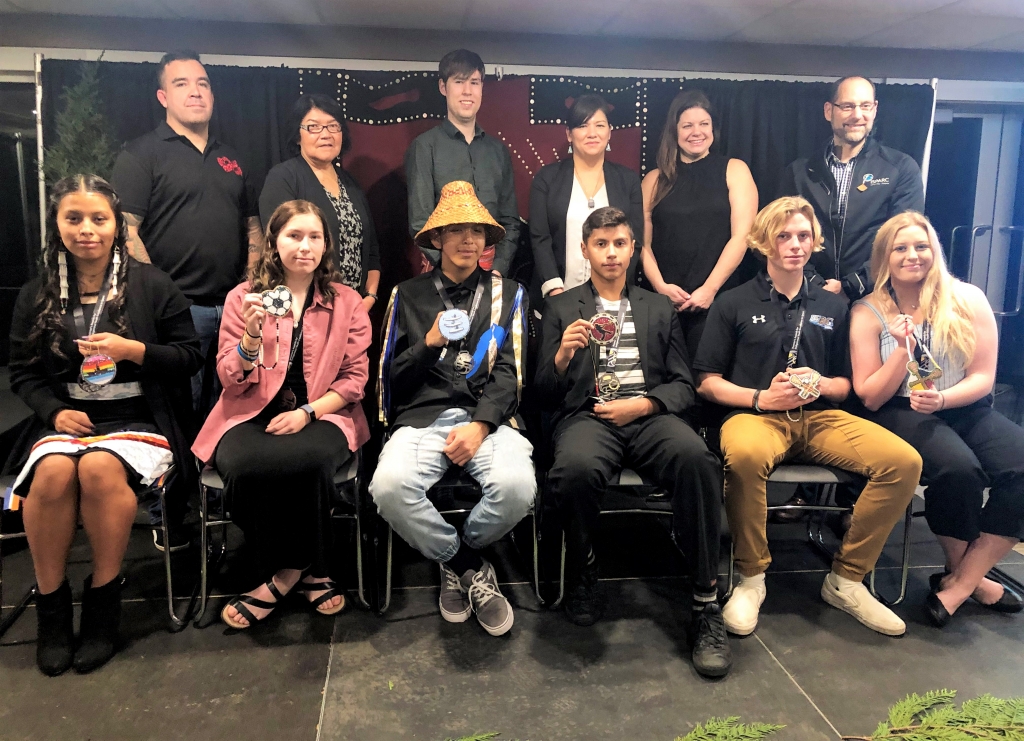 Surrey, BC (November 14, 2019) – The 2019 Premier’s Awards for Indigenous Youth Excellence in Sport were presented last night to six outstanding Indigenous youth athletes from British Columbia’s Fraser Region. The Regional Awards were presented during a formal celebration held at the Beecher Place Banquet Hall in Surrey, BC. The Fraser is the fourth of the Indigenous Sport, Physical Activity & Recreation Council’s (I·SPARC) six regions to honour Indigenous athletes through this unique province-wide awards program.

“I am happy we have partnered with the BC Government to recognize our elite athletes,” said Cheryl Charlie, Fraser Regional Lead for I·SPARC. “The recipients are not only talented in sport, but are strong leaders with high goals. We are proud of all the Fraser Region’s nominees and recipients and wish them the best in their future pursuits.”

“The Premier’s Awards is a fantastic opportunity to showcase our young athletes,” said Chief Harley Chappell, Semiahmoo First Nation. “Sports have played a huge role in our communities and we get to take a step back to remember the hard work, dedication and discipline that come with high level sports, leading to positive lifestyles and skills that prepare young people for any challenge that comes their way.”

I·SPARC is a consortium of the BC Association of Aboriginal Friendship Centres, the First Nations Health Authority, and Métis Nation BC. As the stewards of BC’s Aboriginal Sport, Recreation and Physical Activity Strategy, I·SPARC works with First Nations, Métis Chartered Communities, Friendship Centres, schools and other sport and physical activity stakeholders to deliver community-based programs designed to promote active lifestyles and support the desire for transformative change in the health and well-being of Indigenous communities, families and individuals across B.C. For more information, please visit: www.isparc.ca.