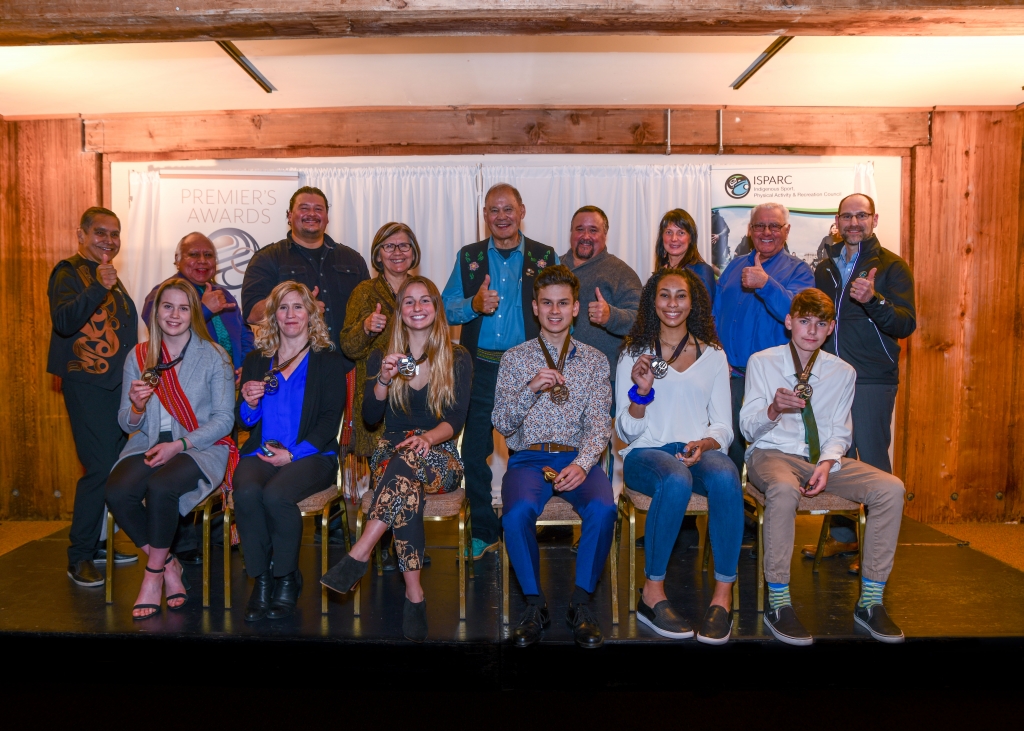 Duncan, BC (November 27, 2019) – The 2019 Premier’s Awards for Indigenous Youth Excellence in Sport were presented last night to six outstanding Indigenous youth athletes from British Columbia’s Vancouver Island Region. The Regional Awards were presented during a formal celebration held at the Quw’utsun’ Cultural & Conference Centre in Duncan, BC. The Vancouver Island is the sixth and final of the Indigenous Sport, Physical Activity & Recreation Council’s (I·SPARC) six regions to honour Indigenous athletes through this unique province-wide awards program.

“This unique awards program is a great way to show the incredible talent and what these young athletes have accomplished,” said Mildred Price, Vancouver Island Regional Co-Lead for I·SPARC. “We are happy to honour their successes in sport and school and within their communities.”

“For me, receiving this award is a real testament to what can result from hard work,” said Ty Brant, Vancouver Island Recipient. “One thing I’ve learned from sport is that hard work will get you where you want. Whether it’s playing sports or becoming successful in life, it all starts with strong work ethic.”