Team BC NAIG 14U female basketball shooting for another medal

Team BC 14U female basketball shooting for another medal 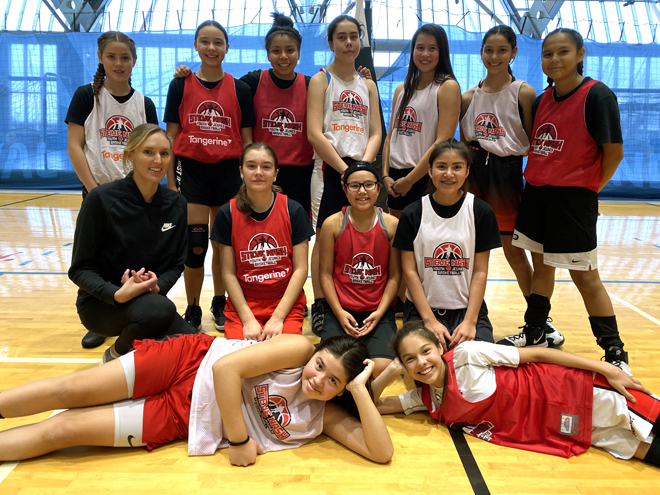 With a strong representation of players that reaches across the province, Team BC 14U female basketball coach Montanna Howe is returning to the North American Indigenous Games (NAIG) with a checklist of two things.

“I am super proud how we did in Toronto in 2017, winning silver against a very tough Wisconsin team, but the goal is to go back and win the gold,” said Howe of the Games that take place in Halifax, Nova Scotia from July 12-19, 2020.

The other unchecked box weighs a bit heavier. As a teacher and basketball coach at an all-boys school, leading a group of 14U females is a switch for Howe — who is an alumna of the UBC Thunderbirds program.

“Basketball has always been a huge part of my life. Even now, as I am nearing the end of my playing career, I am on an all-Indigenous women’s team that travels across the country playing in tournaments. It is an amazing experience to play the game you love with women from all different nations. It is something that I want to show these girls, the relationships you build through sport and culture are so important,” said Howe.

NAIG, she said, is an experience that can’t be explained easily. It is culture and sport colliding on a huge platform.

“I am Métis and being able to represent that part of my heritage while representing B.C. was an awesome experience. It is really empowering to bring your culture into it while getting to meet all these other female players and athletes from across the country and the U.S.,” Howe said. “I think that is the more important part of it, even moreso than actually the games themselves. You feel full when you leave NAIG for sure.” 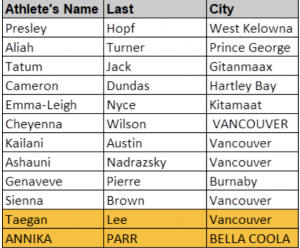 The Team BC NAIG program provides 545 Indigenous athletes, coaches and mission staff from across B.C. with an incredible opportunity to experience a major international multi-sport competition and to share and celebrate their cultural heritages with other youth from across the continent. NAIG, which is held every three years by a different host city, is for athletes aged approximately 13 to 19 years old and promotes and encourages the cultural, spiritual and traditional values of the peoples it is representing.

Basketball has been one of Team BC’s most successful programs at the Games. In 2017 the 16U male team won gold while the 16U female team won silver, as did the 14U male and female teams. This helped lift Team BC to the Overall Team Title at NAIG (winning 65 gold, 57 silver and 54 bronze medals), marking back-to-back Games that they have earned the award.

Over 400 young basketball players in B.C. registered for the first round of male and female tryouts with the hopes of making the 2020 NAIG Team BC squad.

“I think it is a really accessible sport and just is becoming more popular in Canada as a whole. It is that team aspect of pulling people together and feeling like you are in a safe space, and for Indigenous people that is huge. I work a lot with girls living on the east side of Vancouver and we host an open gym and it may be the one time that they see another Indigenous kid that they can connect with that way. It is space for them to one, be active and play sports, but also, two, be with and meet new friends,” said Howe.

Following an intense three-day BC Indigenous Development Camp at the Richmond Olympic Oval in November, Howe is excited about the squad chosen to represent B.C. in Halifax — some of who already have connections having played with or against one another previously.

“It becomes really helpful in a situation like this where we have a short tournament and might not get to play together much before then. Some of these kids have played at the Junior All-Native or other tournaments together and they all have great attitudes, which is a very important thing when you don’t see each other all the time.”

Team BC’s 14U female basketball team will take 10 players to Halifax, with two alternates listed, and Howe is excited about the team for good reason.

“We have great speed and I think we will be a solid ball-handling team. Lots of the girls are quite aggressive, so that will be helpful when we play those really competitive teams from the U.S.,” said Howe. “All the players had great tryouts, worked really hard and were super respectful.”