16U female basketball players the right ‘fit’ for Team BC

16U female basketball players the right ‘fit’ for Team BC 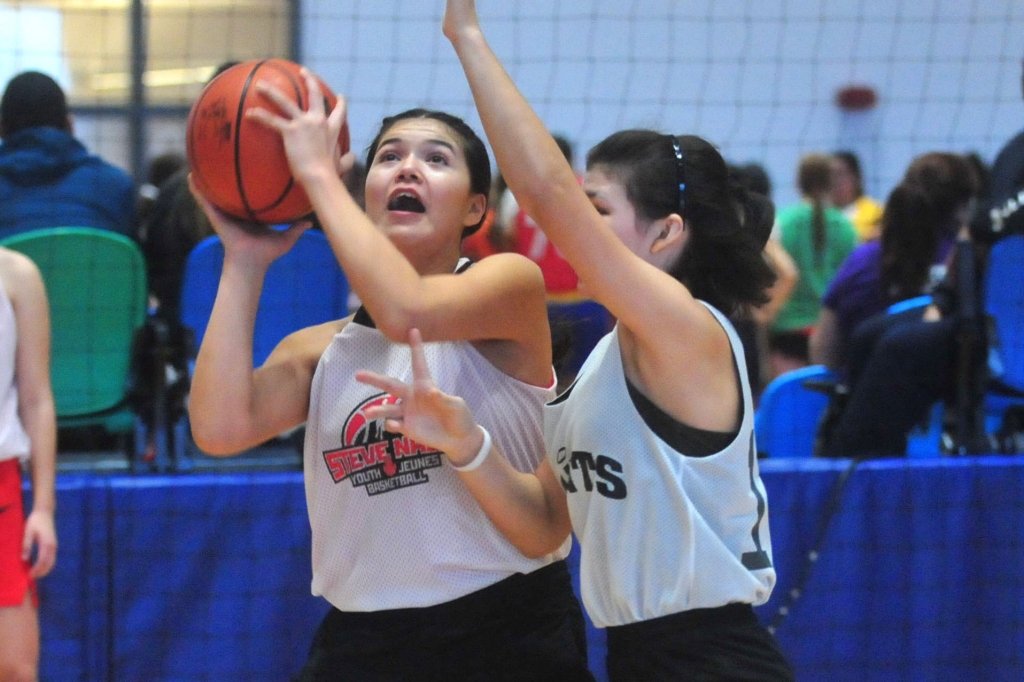 Nothing has been more difficult in Terry Monture’s coaching career than narrowing down the roster for the 16U female basketball team that will represent B.C. at the Halifax 2020 North American Indigenous Games (NAIG) in July.

“I have been coaching for 47 years and that was a tough, tough weekend,” said Monture, referring to the recent BC Indigenous Provincial Basketball Camp  for basketball, held at the Richmond Olympic Oval, where he narrowed down his final roster of 10 players plus  alternates. “So many players put in the time and effort and I could see it. We only have so many spots and I lost sleep over the tough decision-making.” 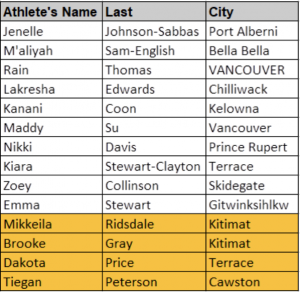 NAIG is an international multi-sport event, involving Indigenous athletes (aged approximately 13 to 19 years old) from Canada and the U.S., staged intermittently since 1990. The Games promotes and encourages the cultural, spiritual and traditional values of the peoples it is representing. At the 2014 NAIG, held in Regina, Saskatchewan, Team BC made history as the first team to be awarded both the Overall Team Award (for most medals) and the John Fletcher Spirit Award for being voted the team with most integrity and sportsmanship. Team BC carried their efforts into the Toronto 2017 NAIG, winning the Overall Team Award again.

At the Halifax 2020 NAIG, Team BC will look to continue their success as they compete in 13 different sports. The 16U female basketball team is hoping to once again bring home a medal. In 2017 they won silver in the final game against New York.

“I selected a team where I believe every single one of the players can handle the ball, which is huge in the game today. The players are all also very fit. I know these players will continue to work hard until the Games, grinding it out in the gym. That hard work will translate to the court,” said Monture.

“I also picked players that can shoot from the outside. I believe this will be very important against the teams we will be facing that we have one or two three-point shooters on the court all the time.”

Monture said the roster includes a strong starting five and players coming off the bench. For him defense will be paramount during the Games.

“We can beat those teams from the U.S., but we have to play at the top of our game. The calibre of ball players in Canada just keeps going up and I think our whole program in B.C. is very strong,” he said.

Among the strong Team BC players is point guard Rain Thomas (Vancouver) who has practiced with the UBC Thunderbirds women’s team and is known for her basketball IQ. Thomas is a two-time recipient of the Premier’s Awards for Indigenous Youth Excellence in Sport for the Vancouver Coastal Region and this spring she was presented with the Provincial Premier’s Award also.

Monture noted the strong abilities and athleticism of player Kanani Coon (Kelowna), who was also recently chosen as a regional recipient of the Premier’s Awards for Indigenous Youth Excellence in Sport for the Interior Region. Coon was a member of the team that won the Junior All–Native Basketball tournament last year and was named MVP.

Another standout for Monture during the recent camp in Richmond is Zoey Collinson (Skidegate) who helped her team win the Junior All-Native Basketball tournament two years in a row. She was also chosen MVP of the tournament both times.

The Halifax 2020 NAIG will be the largest multi-sporting event to ever be held in Nova Scotia. The Games will welcome more than 5,000 competitors from over 756 nations.